Summertime. BBQ. Beer. Competition. These are the ingredients that led up to my latest recipe creation: Buffalo Chicken Fried Rice.

I was invited to participate in the Budweiser Sauces Ultimate Blogger Recipe Challenge. The challenge was to create an original recipe using at least one Budweiser Brewmaster’s Premium Sauces or Marinades. Budweiser graciously provided a sampling of their BBQ Sauces, Steak & Burger Sauce and Marinades for the competition, but all of the opinions in this post are my own.

The samples included their Steak & Burger Sauce, which I tried with my tried-and-true turkey burger (my go-to summer grilling option). The sauce packed a kick, and I found it was great with vegetables, too.

They also included a sample of their flavored BBQ Sauces, including Bold & Spice, Sweet & Smoky and Classic flavors. I used the Sweet & Smoky BBQ Sauce as a glaze for roasted new potatoes and baby carrots, and loved the smoky flavor it added to an easy side dish I’d serve at any backyard gathering or take to a potluck.

I have to be honest. When it came to the sample of the Buffalo Chicken Marinade, I wasn’t sure if I would even try it. I’ve never had Buffalo chicken wings because I HATE chicken wings. Yes, I’m a pretty pick eater when it comes to chicken and only like chicken breast.

But as a grown-ass adult, I was also a bit embarrassed that I’ve NEVER had Buffalo chicken wings. So I decided that Buffalo Chicken Marinade was going to be the product I focused on for creating my entry into the Budweiser Sauces Ultimate Blogger Recipe Challenge. But it would have to be on my terms.

I love a good chicken fried rice, but I have to admit that I rarely cook that at home. When I lived in San Francisco, it was so easy to find a great Chinese take-out restaurant that I got spoiled. Now that I’m living in a small town in the suburbs of Chicago, there aren’t a lot of good options for authentic Chinese fried rice nearby.

So I decided to try adding the flavor of Buffalo chicken wings to my version of a basic fried rice recipe. I gathered some of my favorite vegetables: sliced black olives, julienned sun-dried tomatoes, shelled edamame, corn niblets and diced carrots. 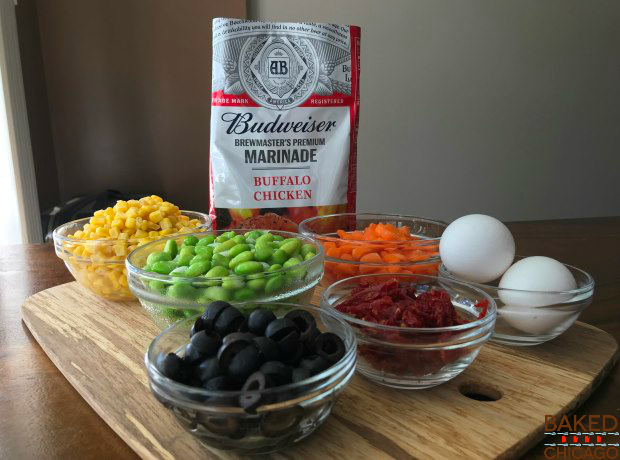 Using the Budweiser Marinade was pretty simple. I cut up 2 large chicken breasts (skinned and deboned from the supermarket) into 2″ cubes. Admittedly, that’s a large cube of chicken. But I wanted the chicken to retain the flavor of the marinade. If you cut it up too small, you minimize the flavor. And I found the size of the chicken cubes ended up making the difference in having a balanced dish. The blast of flavor of the Buffalo Chicken Marinade was a great contrast to the fried rice and vegetables.

The instructions suggest a minimum of 6 hours to marinade, but recommend overnight — which I did for this recipe. The packaging is very sturdy and after the marinade process was done, you just throw it away. Nothing to clean up. Now that’s what I like! 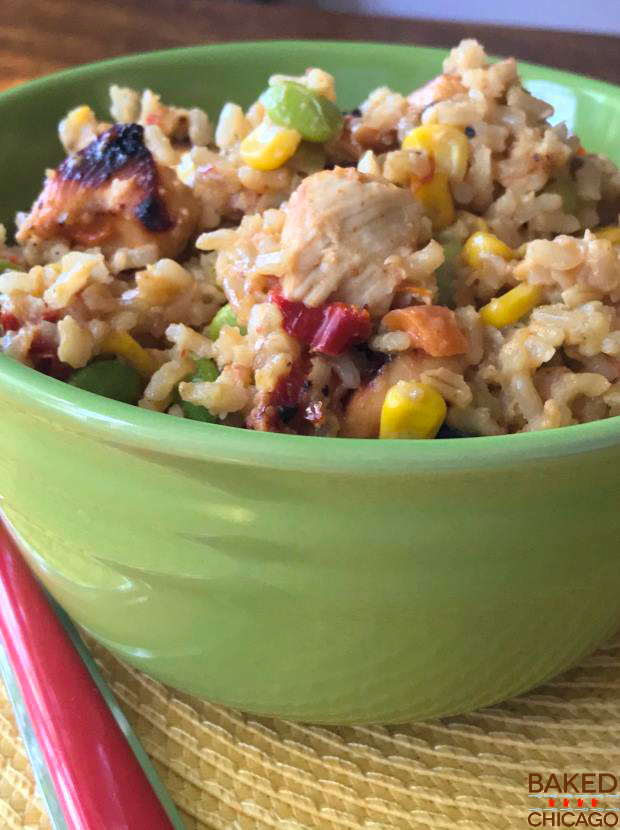 Before trying this recipe, I’d never tasted Buffalo Chicken in any format. What was I thinking? The end result was way better than I imagined it would be. And that’s because I decided to try something new and to do it on my own terms. I still don’t like chicken wings, so that hasn’t changed. But I now know that I love Buffalo chicken flavor. It really turned what would have been plain chicken breast cubes into a flavor-packed star ingredient.

Not to be sappy, but that’s kind of a metaphor for how we all should approach life. Don’t write something off if you’ve never tried it. And don’t be afraid to try something on your own terms. That’s how you learn and grow. 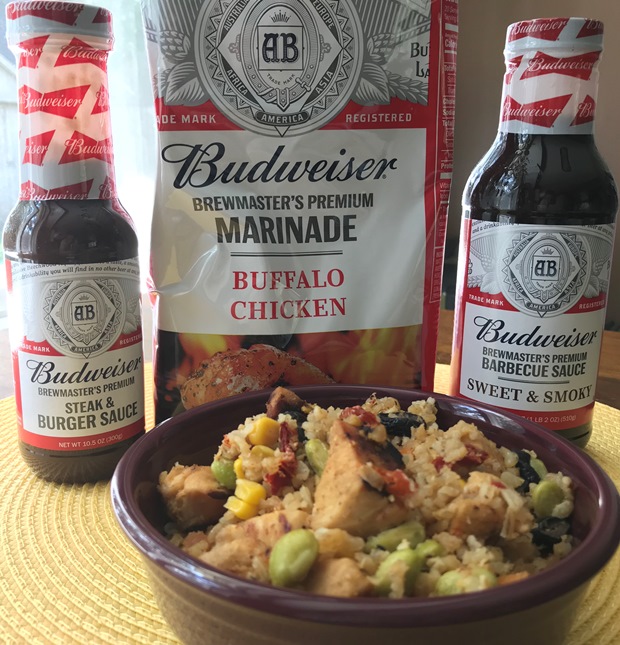 If you like trying something new, I hope you’ll try this recipe, too. And let me know how you change it up to make it your own. And I invite you to check out some of my other award-winning recipes here, including Sweet-Potato Bacon Biscuits.

To see recipes from the other competing bloggers, follow hashtags #BudweiserSauce, #BudweiserBBQSauce and #KingOfSauces on social media. Let us know what you think of our creations!

Until next time, grill on. Yass! 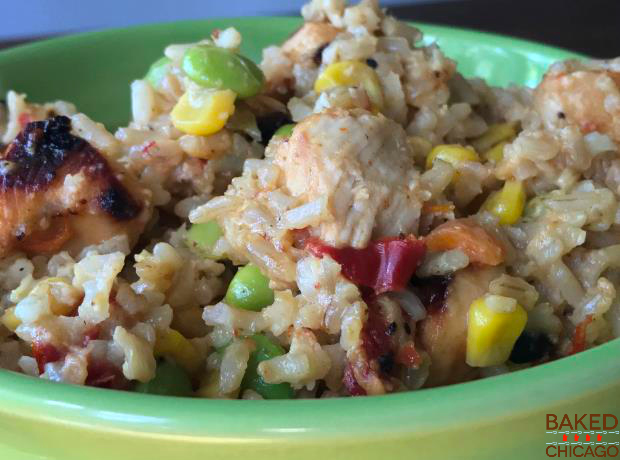 Marinade the cubed chicken breast, per instructions, in the Budweiser Brewmaster's Premium Buffalo Chicken Marinade overnight in the refrigerator.

In a medium non-stick skillet, put 2 tablespoon oil and turn heat on high. Add marinaded chicken to the skillet and cook until nicely browned (approximately 10 - 12 minutes). Stir occasionally. When done, remove from heat source and set to the side while cooking the vegetables.

In a large non-stick skillet, put 2 tablespoons oil as well as the garlic and ginger. Cook over high heat for about 30 seconds before adding edamame, black olives, corn, carrots, and sun-dried tomatoes. Cook for 4-5 minutes, stirring frequently. When done, put vegetables in skillet with marinaded, cooked chicken.

In the newly emptied large skillet, add the remaining oil. Then add the rice a bit at a time so you can break up any clumps. The goal is to coat the rice. Stir for a few minutes to evenly fry the rice, then make a well in the center. Add the beaten eggs in the well. Scramble the eggs before fully incorporating them into the rice.

Return the chicken and vegetables to the large skillet and stir to incorporate. Add water, stirring, for about one minute to allow the steam to penetrate the entire mixture. Add soy sauce and sesame oil, then salt and pepper (if necessary) to taste.

Turn off heat and serve.